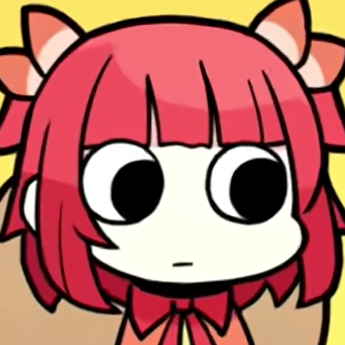 Sayaka (View Blogs)
2 weeks ago, 24 Views
Category: RantsI try really hard to not think of others as "not human" or "subhuman" for being genuinely awful people, because I think it's lazy to just ignore how bad humanity can really be. Revoking that term is like a spit in the face to all of human history, and it has this gross implication that there is some inherent human-ness as a trait that can be used to exclude others from its umbrella. Oh, and of course, dehumanising people never leads to anything good for them, others that see you dehumanising them, and for yourself. But in the past few months I feel like I'm being tested, because there are so many awful people I've seen come out of the woodworks. Covid is part of it, people are going crazy. Everyone's mental health has gone to shit. The protests over the murders conducted by police have everyone up in arms, people are more aggressive and hostile than ever. I am only 22, but this is the most fractured I've seen this country and its people in my lifetime. The president is an actual sub-60 IQ dumbass with a cult surrounding him that believes he's their saviour in disguise no matter how incompetent his current actions are. Every new event and headline feels like fiction. Usually I'm pretty unphased by things, or at the very least I react to things in a pretty composed manner. Maybe it's just due to an increasing awareness on my part of current events, and a shift in my beliefs. Still, nowadays I get sick to my stomach looking at everything and how people are acting. I don't really know what else to say, my thoughts aren't coherent enough to make anything out of them. All I can really say is fuck the sociopaths in the Republican party cheering on murderers.8 Comments | View Rating
3 Likes, 0 Dislikes

Who likes this:
uwu
Coolmine12
Belladonna

What do you think of this?


don't think anyone would cry for him except his cult
Hope he gets it like JFK did. The goes your fucking messiah.
How you are raised impacts a person for sure but everybody has the ability to make decisions and change their life.
WWIII will be a war against extremists.
Honestly bad parents are to blame for a lot of things. I don't think people realise just how great of an impact upbringing has on someone.
Click bait


Well yeah, that's basically it.
I know how easy it is to be mad at the idiots of planet earth rn, but people can change. It’s good to remember that.
Recent forum threads:
DVDs or Box Sets you own? (17)
The top ten on your most played list? (9)
most obscure/specific music genre you're into? (26)
this site kinda ded (10)
What does your username mean? (46)